My room has become a World of Geography.

I told the kids a few weeks ago that I would require them to learn the 50 states before they could graduate... So we spent an unplanned hour this morning labeling a blank map, talking about tricks for remembering them, and figuring out where we had all been. Between me and my afternoon class we had been to every single state.

Their needing to study the states prompted me to bring in my world puzzle that David gave me for my birthday last summer. We were walking downtown, heading for Pike's market with we stopped in a bookshop and Jodie and I got hooked on the puzzle. When I drove back through Seattle on my birthday, David had bought it for me.

I was reluctant at first to put it in my classroom, because I really like it and don't want any pieces to get missing. But, I think it was a good decision. I set it up with the ocean all in tact, so they are just doing continents. And they know I want them to be very careful. This afternoon during carpool there was a swarm of kids around the puzzle, and they pulled down the wall map to find where Pakistan is. Hurray!

On top of this I just had a HUGE road map of Europe laminated so I can draw in with earase-marker the Axis country, and later the Iron Curtain. Add to the collection our huge US map, and we are all geography.
This morning one student had 49 states labeled minus Wyoming. I stabbed my heart and said, "You've missed my favorite state!" And immediately she knew what it was. :) 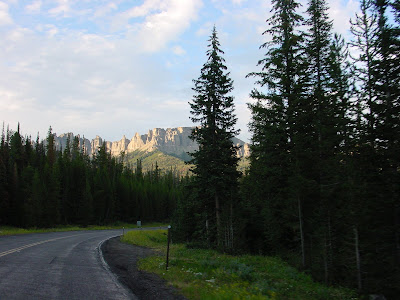 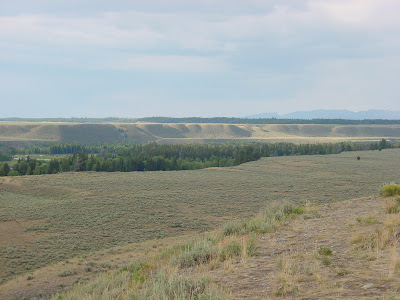 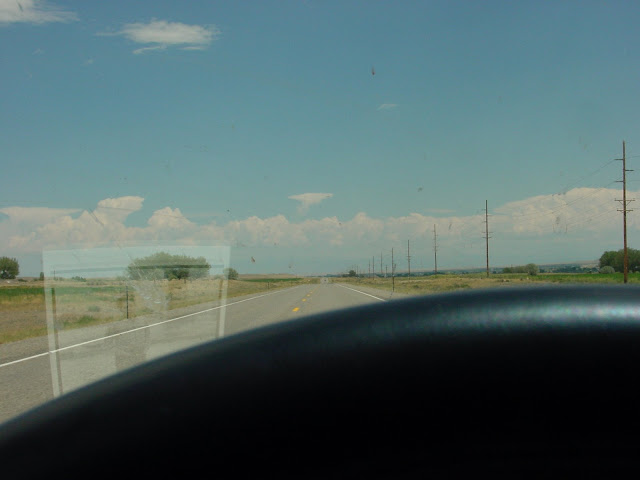 Email ThisBlogThis!Share to TwitterShare to FacebookShare to Pinterest
Labels: teaching

Kate, what a good teacher you are! I am so proud of you and wish I could be a plant in your class room for a few days. Love, Mother

Why did your side bar slide down to the bottom of the page?

hi anonymous. if you use mozilla, it looks better...

i changed something. is it still messed up in exploror?

Still messed up. I don't think we have mozilla.

kate, i am so jealous re: a. maps b.map puzzle! when i was a kid, i used to tape up the national geographic maps on my wall and find all the symbols on the legend and other interesting land sites. i think that makes me nerdy, but that's ok! i would have loved your class! i also know a song with all the states in alaphabetical order.